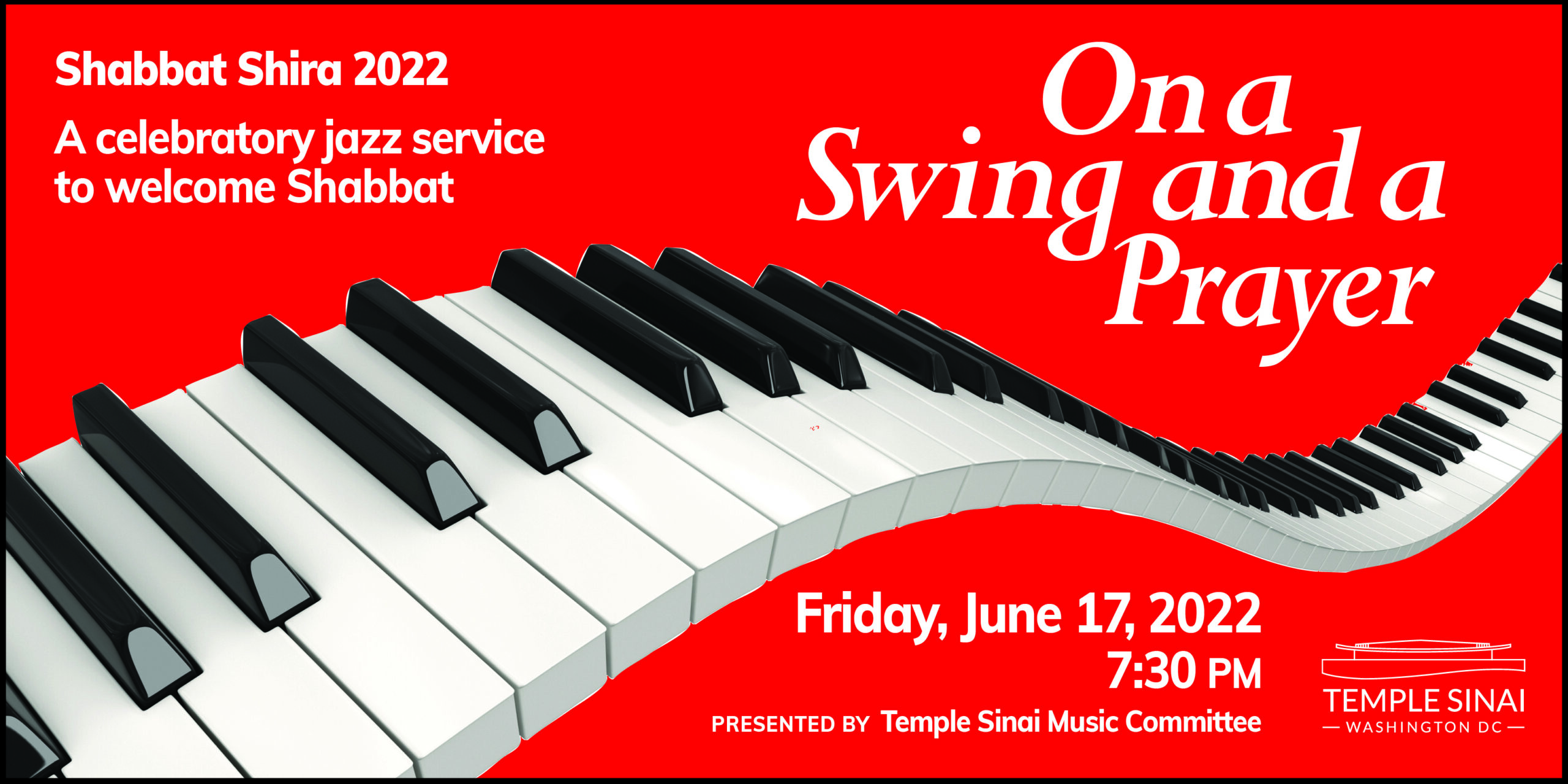 Q: What do jazz and Temple Sinai have in common?
A: Improvisation!

Throughout the pandemic, Temple Sinai has become a congregation of improvisers. We’ve learned to adapt quickly and to create in the moment—allowing us to remain a flourishing, connected community. 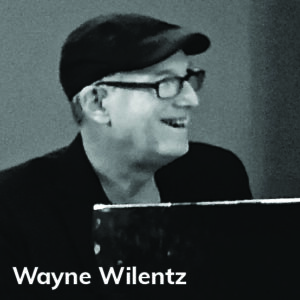 So how fitting to celebrate Shabbat Shira this year with music that features the beauty and vitality of improvisation! Extraordinary jazz pianist and composer Wayne Wilentz leads a hot band to infuse our worship with the distinctive, infectious rhythms of jazz, from swing to samba, from the US to Brazil – while highlighting the Jewish-Latin music connection!

Help us “raise the roof” of our sanctuary, in person or via livestream, as the sounds of DC’s finest jazz musicians engage our spirits, fill our souls, and lift our worship.

Presented by the Temple Sinai Music Committee
This year’s Shabbat Shira is generously underwritten by Lou Reich in memory of his wife, Abby Heitner Reich (z”l), a longtime and dedicated member of the Music Committee.

Even before his and his wife’s recent move to Southern California to be closer to their only child, it was difficult to keep up with Wayne Wilentz. A multitalented jazz pianist, vocal and instrumental teacher, arranger, producer and tireless performer, he’s hard to keep up with even after decades on stage, in the studio and in the classroom.

A musical fixture in D.C. since moving here from New York in the ‘90s, Wilentz headed west a few months ago but, in a brief return to his old stomping grounds, is doing Temple Sinai the honor of headlining our 2022 Shabbat Shira service on June 17: “On a Swing and a Prayer.” In addition to performing some of the works of José Bowen (our 2015 Shabbat Shira guest), Wilentz and his ensemble will share a mix of familiar Jewish melodies he has recast rhythmically and harmonically for more of a jazz feel.

Many of these new arrangements illustrate the theme of his planned “sermon in song”: the influence of the Jewish diaspora on the music of Latin America. The topic is close to his heart, as a specialist in and lover of Brazilian music.

It is difficult to overestimate his level of expertise and ability. Described as a master of an enormous range of tunes (not just jazz), Wilentz once re-created, from scratch, the seriously complex three-voice arrangements of Lambert, Hendricks and Ross. None of it had been written down before, anywhere, before Wilentz did so for his “empty nest project” — vocal trio Cloudburst. More broadly, as the founder of Capital City Voices, now a part of the Levine School of Music, Wilentz not only conducted the jazz choir but wrote the arrangements they performed. And as a frequent accompanist for vocalists, Wilentz, according to one longtime student, has a rare and uncanny ability to intuit and adjust, seamlessly, to the vocalist.

While in D.C., mixed into Wilentz’s parapatetic schedule were regular, longstanding gigs at the Utopia club on U Street as well as Georgia Brown’s for Sunday brunch.

Wilentz’s career path has been as full as his day planner remains to this day.

His serious musical exploration began as an undergraduate at Northwestern University. He got hooked on jazz and started spending a good deal of his time hosting a midnight-to-3-a.m. jazz program at the school’s radio station as well as sharpening his keyboard skills.

Soon the blossoming musician was performing regularly in the Chicago area, juggling those with the radio duties and academics. “I was gigging; I was doing radio. It was a busy time,” he recalls.

After school, he moved back to his hometown, New York, where given his family’s background in the restaurant business, he landed some short-term stints as a piano player.

But soon he realized that in New York, the pianists at the great jazz clubs hold their positions tightly, and often for a long time. He needed another avenue to pursue a musical career.

In the early 1980s he joined the New York-based group “Skyy,” whose eclectic repertoire included R&B and funk. He was with the group for eight years as it took off, performing on tour regularly. They scored several hits on the charts.

Eventually, however, a life much of which is on the road wasn’t for him. “I was no longer interested in touring,” he recalls.

While music is his obvious passion, Wilentz didn’t start out that way. He was a film major at Northwestern, though not necessarily because he wanted to make films. With an interest in pop music, he was looking forward to writing musical scores for the movies, and a film major seemed a good path. As he once put it years later in a blog post, “I have a degree in film … and have done absolutely nothing with it.”

His fortuitous change in professional direction from film to full-time music has been a gift for thousands in the area’s vibrant jazz and live music scene. Temple Sinai will soon join that long list of beneficiaries.